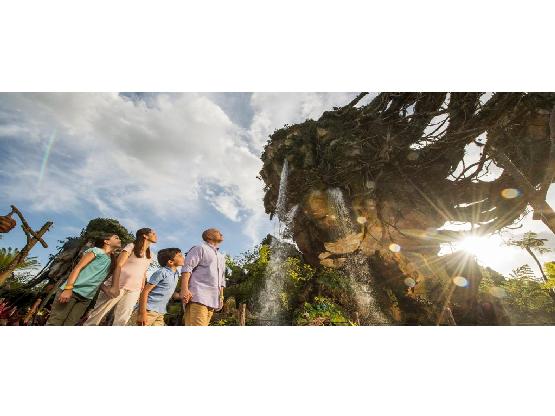 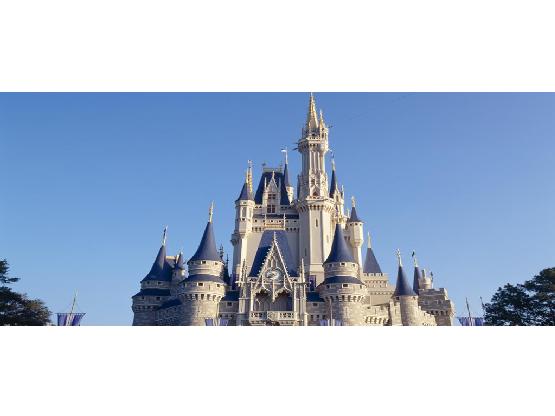 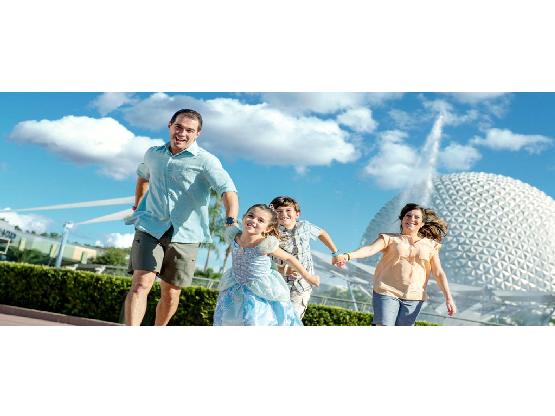 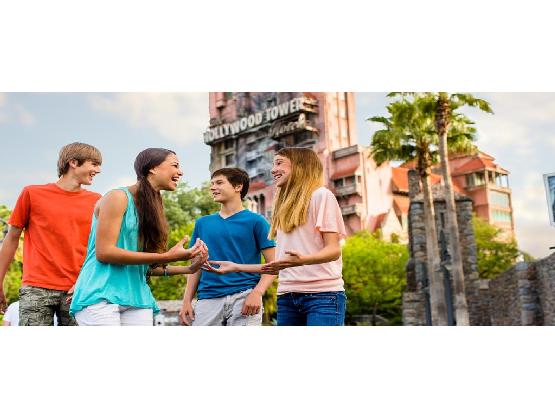 The Walt Disney World Resort is the place where fun reigns supreme and dreams come true every day. With four Theme Parks, two Water Parks plus Disney Springs - where the most amazing shopping, dining and entertainment imaginable can be found. Discover an entire world of enchantment and wonder around every corner with one of Disney’s Theme Park Tickets.

Disney’s Theme Park Base Ticket offers admission to one of the following theme parks for each day of the ticket:

Tickets are valid for number of days selected for use during a time period as shown, from and including the service date;

Example:
3 Day Theme Park Base Ticket for planned first visit date of 29 October
Allows 3 days admission to one of the following theme parks, Magic Kingdom Park®, Epcot®, Disney’s Hollywood Studios®
Disney’s Animal Kingdom® Theme Park for each day of the ticket between 29 October and 2 November inclusive, for a total of 5 days

All tickets include Disney’s FASTPASS+ and complimentary use of the Disney Transportation system.

MAGIC KINGDOM PARK
Delight in classic attractions, enchanting fireworks, musical parades and beloved Disney Characters. And, experience Disney story telling like never before in Fantasyland. Become part of the ''tale as old as time'' at Enchanted Tales with Belle. Travel with Ariel and her friends on Under the Sea ~ Journey of the Little Mermaid. Plus don't miss Seven Dwarfs Mine Train that takes you on an exhilaratingly journey inspired by the classic Disney film. Plus, enjoy classic favorites! Hoist the sails and join Captain Jack Sparrow on the Pirates of the Caribbean and zoom through the cosmos on Space Mountain.

EPCOT
Discover exciting attractions, enchanting international pavilions and award-winning fireworks. High-tech fun and Disney imagination are combined in the wonder of diverse cultures in two distinct worlds, Future World and World Showcase - both bursting with thrills and excitement. Design a virtual concept vehicle and then buckle up for a high-octane spin on Test Track - Presented by Chevrolet. Explore the food, music and culture of eleven amazing countries as you travel around the globe at World Showcase. Plus Frozen Ever After at the Norway Pavilion - travel to Arendelle for this happily-ever-after adventure.

DISNEY'S HOLLYWOOD STUDIOS\n
Prepare to be dazzled by the delight of the movies, the excitement of TV and the spectacle of Broadway. The power of the Force and the magic of Disney combine in Star Tours® - The Adventures Continue!* Your Toy Story pals can’t wait to have you join them. So come on, step into Toy Story Land where kids and grown-ups alike can experience all-new adventures. In the so-much-larger-than-life setting of Andy’s backyard, Woody, Buzz Lightyear, Jessie and the rest of the Toy Story gang invite you to take part in the adventure together. Next, experience life in the fast lane on Rock ‘n’ Roller Coaster starring Aerosmith, and then plunge down 13 stories at The Twilight Zone Tower of Terror™**!

DISNEY'S ANIMAL KINGDOM THEME PARK
Asia, Africa, under the sea, and prehistoric encounters all await the adventurers who travel to this Theme Park. Take on Expedition Everest ™, a high-altitude, high-speed train adventure. Then take your seat for two big-as-Broadway musical stage shows: Finding Nemo — The Musical (inspired by Disney·Pixar’s ‘Finding Nemo’), and Festival of the Lion King. Next, explore over 100 acres of African savannah on Kilimanjaro Safaris. Plus, Pandora and Rivers of Light - an immersive nighttime celebration of the beauty of nature, with the liver performers, soaring music and innovative special effects. Journey to a distant world where floating mountains defy gravity. Where nature comes alive in a brilliant bioluminescent glow and mystical rivers flow. Where you can fly on the back of a mountain banshee and feel it breathing beneath you. Welcome to Pandora—The World of Avatar.

DISNEY WATER PARKS***
For more Disney fun, just add water! Plan a day or two at these incredible ‘must do’ Water Parks. Disney’s Typhoon Lagoon is a tropical paradise, while Disney’s Blizzard Beach is a ski resort on meltdown, with fun on every slope. Both Parks have a special area created just for little ones, plus lots of adventure the whole family can enjoy together… and places for pure relaxation too.

DISNEY SPRINGS
At Disney Springs, the excitement continues way beyond the Parks. Discover big city fun in an area buzzing with entertainment, dining, shows and shopping (including the spectacular World of Disney, the largest Disney character store at Walt Disney World—and on Earth!).

All tickets and options are nontransferable and exclude activities/events separately priced.


Redeem information
Voucher type: Printed
The Disney Ticket Confirmation Number will be available by accessing a dedicated website www.yourparkcode.com, 30 days prior to the service date of the reservation.